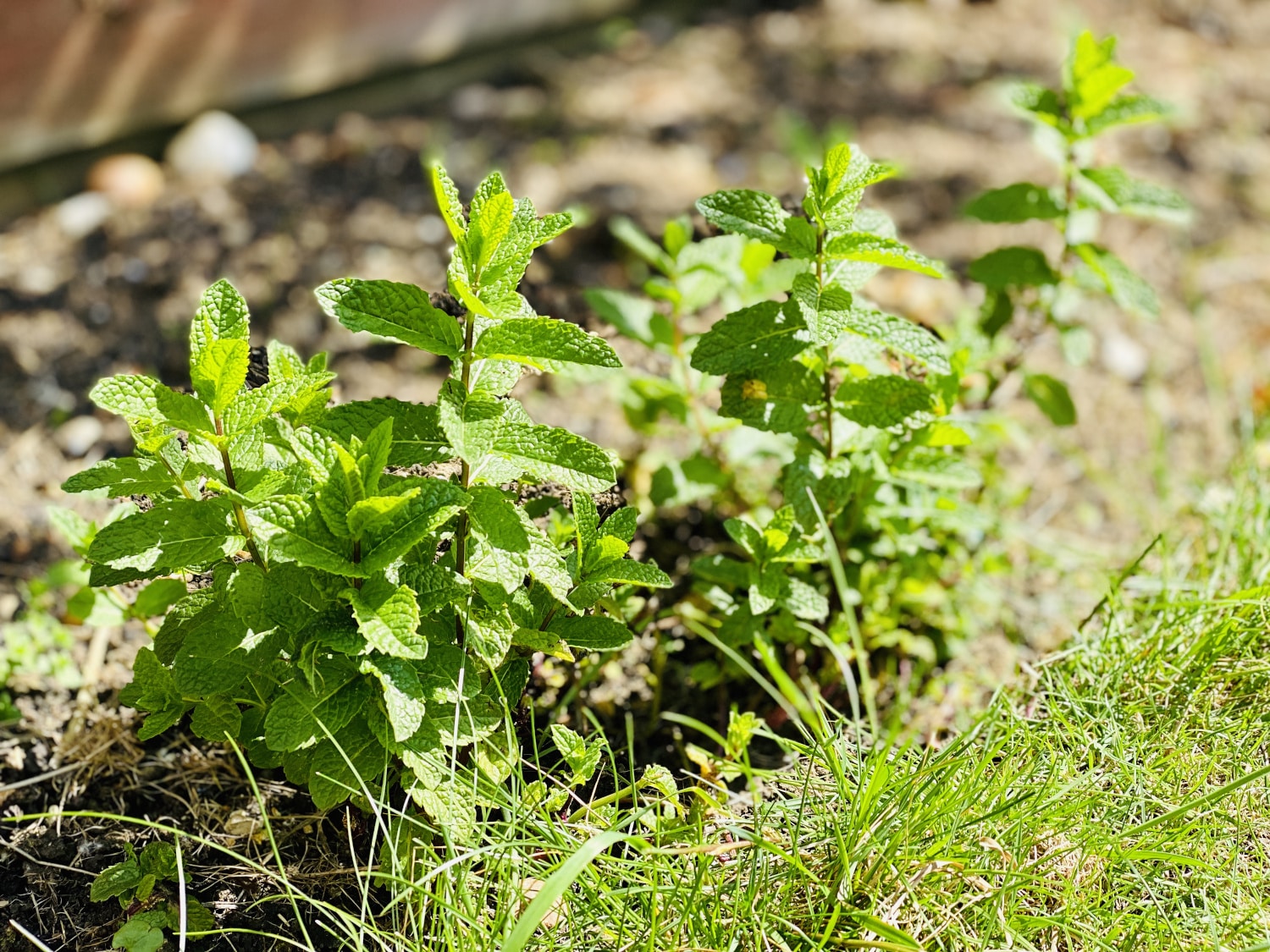 I’ve been a bit naughty recently and let my garden get overgrown with weeds. They were choking out the plants I wanted and just didn’t look nice.

I put myself to work weeding one part of the garden at a time. There’s nothing more satisfying than pulling up a weed by its roots!

Having cleared out most of the weeds from my little garden herb patch, I found some other problems! Or, maybe, I should call them opportunities?

The mint plants I’d planted last year were back and in bigger quantities. I also had some coriander growing from last year. Great!

Well perhaps not. What are those horrible looking yellow spots growing on my mint plants? 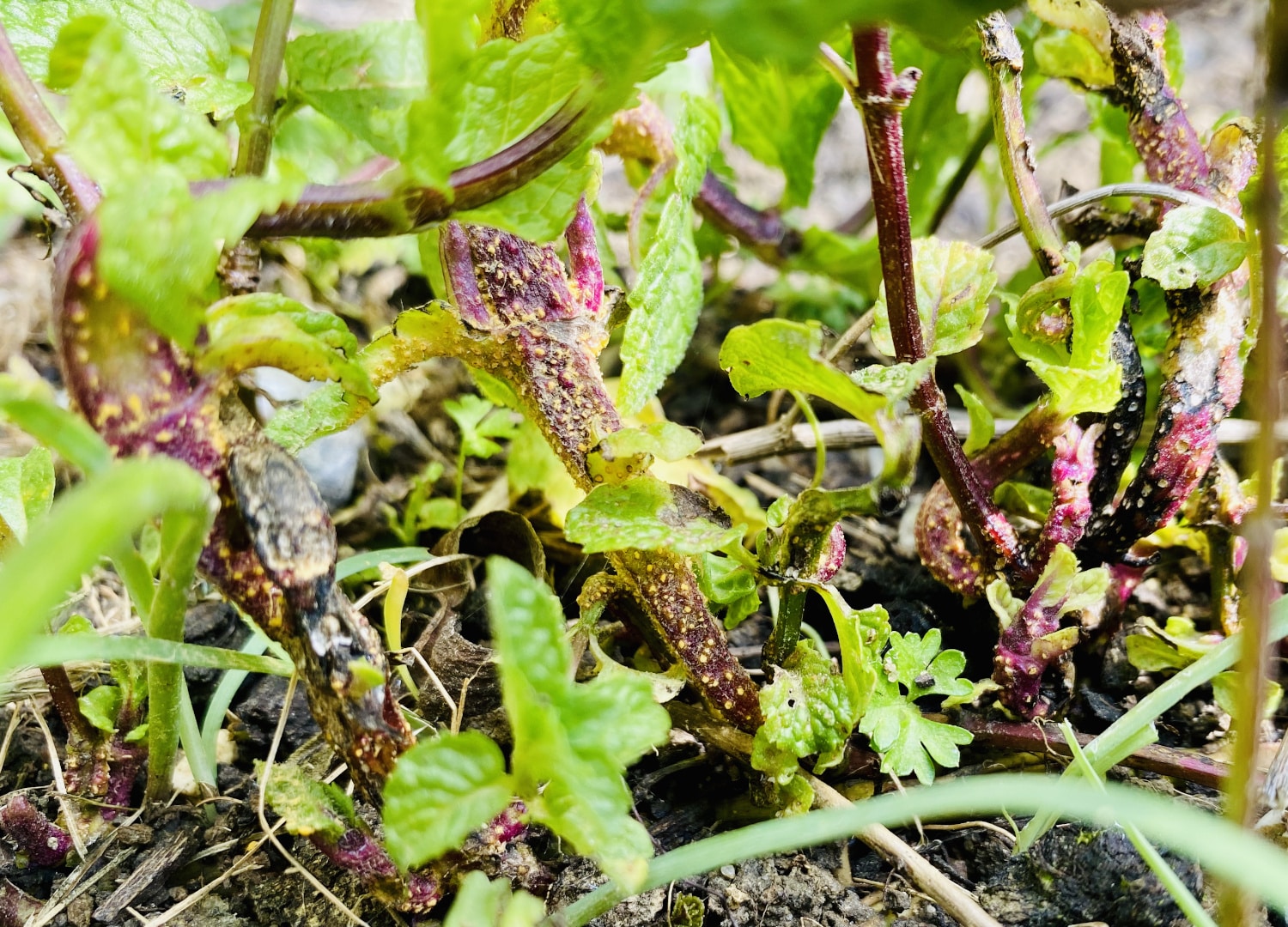 Why I Grow Mint

Mint is such a great herb with many uses:

As if that wasn’t enough, it turns out that mint has many health benefits.

I like to grow my own mint as it saves money and is always a bit fresher. More importantly, it’s a great educational piece for my children. I want them to understand that the plant they are helping to water forms part of their dinner that evening.

Maybe there is a bit more to growing mint than planting it and hoping it returns the following year.  Mint is such a versatile herb, with a taste I love. I’m beginning to feel that I should have looked after it more.

On the other hand I don’t think it will be too difficult to rescue!

What I Should Have Done When Planting Mint

I’ve belatedly started to look into how to fix my mint. Now I’m starting to understand what I should have done in the first place. Better late than never!

I’ll talk you through all my research so that you don’t have to make the same mistakes.

First of all it turns out all that mint is too close together. It started as two plants but is becoming a small bush. And that’s a problem because the leaves need room.

If they don’t have room you end up with this horrible spotty yellow rust.

So, I should have planted the mint further apart (perhaps a couple of feet). I also should have been regularly thinning it. It’s a case of using the leaves as you go, not saving them up!

The location isn’t great either. The mint gets the midday and afternoon sun but no morning sun. I don’t think this is a big deal though.

How I Fixed the Yellow Spotty “Rust” on my Mint Plants

Now, rust isn’t a disease of the underlying plant, but a fungus on the leaves and stem. This means that, in theory, all I need to do to fix it, is to cut off the affected parts.

Unfortunately it seems that the rust is mostly at the bottom of the stems. So this means cutting off most of the plant itself.

It’s a shame as the top part looks quite healthy. I’ll need to find a use for that!

In the end, I appear to have gotten carried away getting rid of the diseased parts of the plant! Actually, this might turn out well – it’s better to thin out the mint plant anyway. 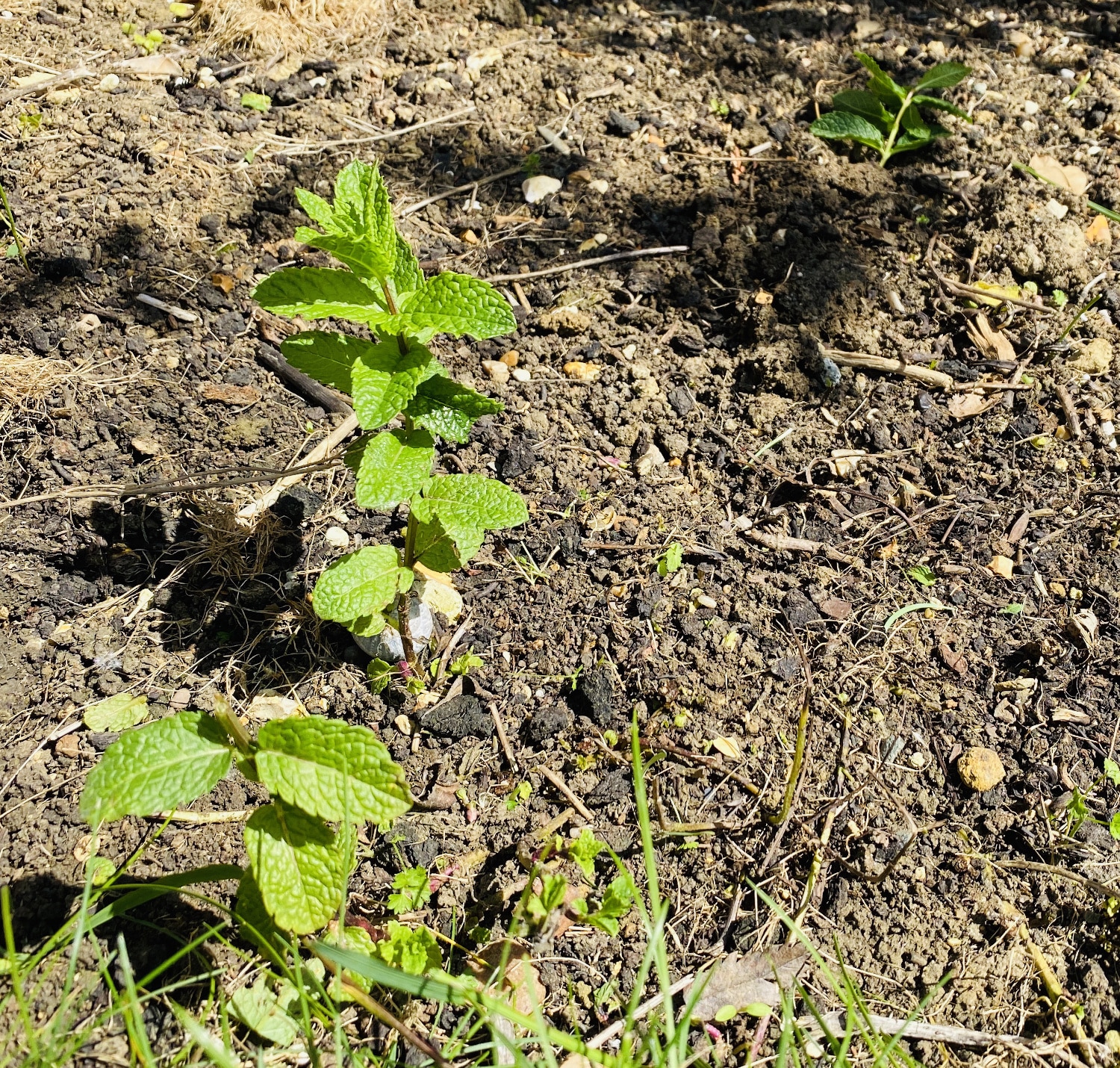 How I Used the Healthy Top Part of the Mint Plant

Rather than waste it I’m reusing the healthy parts of the mint plant.

I’ve trimmed the leaves and “planted” a couple of the healthy top parts of the mint plant. This time I’ve been careful to plant them further away from each other!

This also means that if the rust returns to the original mint plant, I have a couple of backups.

For the rest I’ve saved it for dinner. It’s time for some pea and mint soup tonight!  What I don’t use in the soup, I’ll freeze and use later.

What I Haven’t Done

Put it in a pot

There’s lots of advice out there to plant mint in a pot, even if the pot is submerged in the ground. This is to stop the mint from spreading too far with its roots.

Maybe I’m missing something, but I’m not sure I fully understand this. If the mint doesn’t grow or spread, weeds will grow in the empty space anyway. I’d rather have mint than weeds!

It seems to me the better solution is to trim the mint regularly.

Also, the mint plant from last year hasn’t spread very far.  So I’m not very worried about this.

Plant it to only get the morning sun

In theory I should be planting my mint so that it only gets the morning sun and at least partial afternoon shade. In fact, it’s the opposite way around for my plant! It gets shade in the morning and then sun from midday. My plant was fine last year like this. I think the important thing is that it doesn’t get the sun all day.

If it Doesn’t Work Out There’s Always Indoors

I think my drastic intervention should work well. The mint should grow back quickly and give me some nice leaves.

If this doesn’t work I’m tempted to replant some mint indoors. This would mean I have it all year, though it’ll take up valuable space.

I’ll let you know how it goes! 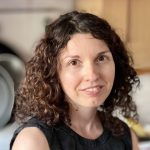 Beatriz Garcia is a busy mum of two based in the UK who likes to prepare tasty and healthy food for her family. She is the founder of Clan Kitchen where she writes about the tools she uses for cooking.